What is the Russian visa?

Visa to Russia — is a permissive document which allows foreign citizens and stateless persons to stay on the Russian territory for a fixed term. Russian visa is issued in the Russian Consular section abroad. The basis of visa issuance is an invitation letter to Russia which you can obtain in various ways. 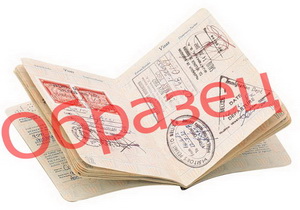 There are following types of Russian visas issued to foreigners to travel in Russia:

How to obtain visa to Russia?

Issuance procedures of different types of visas are very similar but there are some nuances in the issuance of every single visa type.

Regular visas may vary depending on the primary purpose of the trip indicated by the foreign citizen. Regular visas are subdivided into 2 main types: Tourist visa and Business visa.  The following purposes can be indicated in order to apply for a regular visa:

The period for which a regular visa can be issued depends on the purpose of the trip:

For citizens of foreign countries who have official passports an official visa shall be issued. Such persons include:

Service visa valid for up to 3 months is issued to members of official delegations and employees of foreign embassies and consulates. Military personnel is entitled to visas valid for up to 1 year. Also, it is permitted to issue diplomatic visas to foreign nationals who have no service passports, but who have received an official status recognized by the Russian Federation.

Temporary resident visa is granted to a foreign citizen who has obtained a permit to enter Russia for temporary residence. If the foreigner was unable to enter the Russian Federation within the established deadlines, given the grounds for his getting the visa still remain, he/she may be granted another visa with a validity of 2 months on the basis of a written application.

The foreigner can renew it, if he/she obtains a permission for temporary residence in Russia in accordance with the law. Should it not be obtained by the foreign citizen due to circumstances beyond his/her control, the visa validity can be extended upon his/her application.

The following types of visas are considered as a Temporary Resident visa:

Foreign citizens, who plan to cross the territory of the Russian Federation, heading to another state, may apply for a transit visa. The duration of such a visa does not exceed 10 days.

Citizens of foreign countries, whose purpose of visiting Russia are creative or science activity, charity or a religious pilgrimages to the Holy places and also if they have religious or cultural relations on the territory of the Russian Federation, can apply for humanitarian visa. This type of visa is also issued for foreigners visiting Russia as a part of charitable and humanitarian missions.

In fact, humanitarian visa doesn't differ from the business visa, it just has another purpose.

E-visa allows a short-term visit to Russia on a tourist, business or humanitarian purpose.

There can be the following types of e-visa:

An e-visa to Russia is a new type of a visa document that takes less time to obtain. Only citizens of the states listed by the Government of the Russian Federation are eligible to apply for an electronic visa. An e-visa can only be used to enter Saint Petersburg and Leningrad oblast, Kaliningrad region, and Far Eastern Federal District.

Hello i want to ask about student visa it is not include in the types of Russia visas because already i apply for a university in krasnoyarsk Of Russia at Siberian Fedral university now how i can apply for student visa?

Unfortunately, we cannot help you with student visa and student invitations.
You should ask the Institute/University to issue such an invitation for you.