Visa to Russia from Netherlands 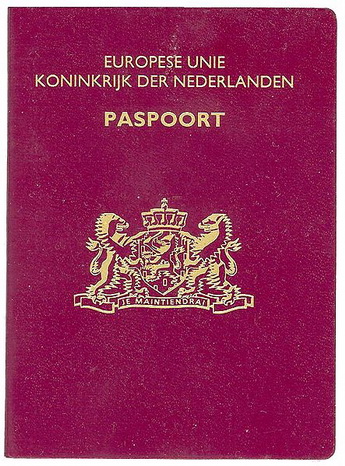 Citizens of the Netherlands can obtain a Russian visa if they give in all required documents to the embassy or a consulate of the RF located in the Netherlands and pay the consular fee. This type of invitation to visit Russia for Dutch can be made within 1 working day.

The presence of a tourist invitation doesn’t guarantee the obtaining by a citizen of the Netherlands of a visa to Russia because there will be an investigation on whether this citizen had any breaking of the laws of the RF during his/her previous visits to Russia. If it is found out that he/she has got any unpaid fines, criminal records or deportations he/she will be refused from a visa. Moreover it may be required at the embassy that the foreigner would present the purchased documents, medical insurance or a hotel reservation.

In case everything is all right with the documents a tourist visa for a citizen of the Netherlands will be issued for a period of up to 30 days for a single or double entry.

Get a Tourist Invitation to Russia from Netherlands

To enter Russia for visiting relatives or friends the citizens of the Netherlands may obtain a private visa. As the obtaining of this visa requires a very complicated procedure most foreigners usually prefer to apply for tourist visas (in case they do not plan to stay in Russia for a long time) or business visas (if they want to be coming to Russia frequently).

The complicated thing about a private visa is that it may take several weeks for an inviting party to obtain a guest invitation. In order to obtain it individuals or legal entities which invited a foreigner have to apply for it at a local department of the Federal Migration Service (the FMS). After checking a foreign citizen on having any unpaid fines or criminal records an inviting party will be given an invitation or will be refused in it with indicating a reason for that.

In case of a positive decision a private invitation is sent to the Netherlands by the express-mail in order to be given in to the embassy.  A private visa is usually issued for a period of up to 90 days. It can be single or double.

Get of a Private (Visitor) Invitation to Russia for Dutch citizens

In order to enter Russia for business, a citizen of the Netherlands has to apply for a business visa. His/her business partners in Russia or other legal entities can help him/her with it.

An inviting party accredited at the Ministry for Foreign Affairs of the RF can write supporting letters to the embassies of the RF abroad with a request to issue a visa for a certain citizen of the Netherland. The issuing of such a letter will take only one day.

On a standard state form a business invitation will be issued in case a legal entity will apply to the authorized body. In this case the issuing of the invitation will take 12-17 working days during which the foreigner will be checked on whether he/she had any criminal records during his/her previous visits to Russia.

An invitation by telex may be issued just within several days. Such an invitation is just a certain number which a citizen of the Netherlands has to quote at the embassy when obtaining a visa.

Business visa can be single, double or multiple entry and be valid up to 5 years.

In order to have legal rights to work in Russia a citizen of the Netherlands has to obtain a work visa. This type of a visa is rather unusual as it can be extended each year for another 1 year without leaving Russia. If a person has obtained a work visa then members of his/her family may also obtain work visas for themselves and come with him/her.

In order to have all documents properly issued a foreign citizen must be assisted by an employer located in Russia. It is the company-employer which obtains a work permit for a foreigner, as well as a business invitation for him/her. After arrival to Russia a citizen of the Netherland has to be registered at the migration service. The employer’s responsibility should be that the foreigner will not break any regulations that are compulsory for a foreigner. If a foreign citizen wants to change his/her employer he/she will have to leave Russia and apply for a new visa. The issuing procedure for all supporting documents required to obtain a work visa will take up to 1,5 months.

The visa will be issued initially for 90 days. However after the arrival to Russia a foreigner can have it extended to the end of his/her work permit.

Get Work Visa to Russia for Dutch citizens

Dutch citizens may obtain Russian visa in these Consular centers of the Russian Federation:

Do Dutch need Visa to Russia?

If a citizen of the Netherlands wants to enter Russia he/she has to obtain a visa at the embassy or a consulate.

Where to apply for a Russian visa in Netherlands (Holland)?

You can obtain a visa to Russia in any of the Consulates of the Russian Federation located in Netherlands. See the list of Russian Consulates in Netherlands (Holland), along with their phone numbers and location indicated on this page below.

It is possible to obtain this invitation in a tourist company that has its own reference-number.

The visa will be issued up to 30 days for a single or double entry.
Tweet