Visa to Russia from Spain 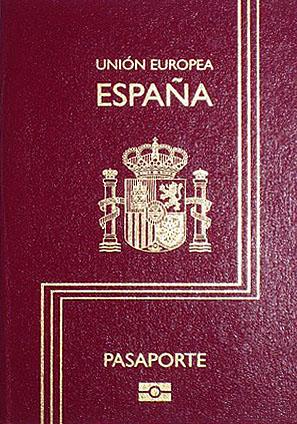 Do Spanish need Visa to Russia?

Yes, they do. In order to obtain a Russian visa a citizen of Spain has to receive an invitation from Russia which should be given in together with all other necessary documents to the embassy or a consulate of the Russian Federation. It is also obligatory to fill in an application form and to pay a consular fee.

An invitation to Russia for a foreign citizen can be issued by a relative, who lives in Russia, a tourist company, an organization which is interested in his/her arrival, a business partner or other individuals or legal entities, located in the Russian Federation. An outward appearance of the invitation, the issuing procedure as well as the time limits to receive such invitation will vary depending on which type of a visa a citizen of Spain needs and who is engaged in the issuing procedure for him/her.

How to Get Russian Visa from Spain?

In order to obtain a visa certain activities are required which will differ depending on what is the purpose of a Spanish citizen’s visit to Russia:

Where to apply for a Russian visa in Spain?

You can obtain a visa to Russia in any of the Consulates of the Russian Federation located in Spain. See the list of Russian Consulates in Spain, along with their phone numbers and location indicated on this page below.

The outward appearance of a tourist invitation is not fixed by law and for that reason can be random. Wherein the invitation issued by a tourist company must contain full information on the company, its reference number as well as the passport data of a Spanish citizen, plus all cities in the Russian Federation he/she intends to visit and the hotels where he/she will stay.

The invitation issued by a tourist company on its letterhead should indicate what dates a trip is planned for and for how long the tourist is staying in the Russian Federation as well as how many entries there will be.

A tourist visa to Russia for Spanish citizens is given for the term of up to 30 calendar days. Herewith it can be single or double entry.

Get a Tourist Invitation to Russia from Spain

In order to receive a private visa a citizen of Spain should ask his/her friend or relative who live in Russia to issue a private invitation for him/her. In order to do this the inviting party should apply at a department of the Federal Migration Service, receive the invitation there and send it to a Spanish citizen.

At the FMS after receiving of the application to issue an invitation a certain checkup will be made to find out whether the citizen of Spain had any criminal records during his/her previous visits to Russia. If there were any convictions, unpaid penalties or deportations during the previous visits the FMS will refuse an applicant in an invitation.

In case a Spanish citizen has obtained a private invitation from Russia, he/she can have a private visa for a maximum period of up to 90 days. Private visas can be single or double entry.

Get of a Private (Visitor) Invitation to Russia for Spanish citizens

If a Spanish citizen plans to come to Russia to extend his/her business contacts or in order to sign an agreement a business visa should be applied for.

To obtain a business visa it is necessary to present at the Russian embassy an invitation received from Russia. Such invitation can be issued by a legal entity accredited at the Federal Migration Service or at the Department of Consular Service of the Ministry for Foreign Relations of the Russian Federation.

An invitation sent as a telex is a certain combination of numbers. When applying for a visa with this type of an invitation, a foreigner will be given only its number which he/she will have to quote at the embassy.

An invitation in the form of a letter from the inviting company is a request from this company to the embassy of the Russian Federation to give a business visa to a certain citizen of Spain.

If the inviting company has issued the invitation on a standard state form it means that its representative submitted an appropriate application and a copy of a passport of a foreigner to the authorized body where a checkup on whether there were any criminal records, unpaid penalties or deportations during his/her previous visits to Russia was made.

For the citizens of Spain a maximum period of validity for a business visa is 5 years. It can be single or double entry.

In order to obtain a work visa to Russia a citizen of Spain has to present at the embassy a work invitation. Such invitation can be given to him/her only in case he/she has a work permit. Therefore an invitation to work in Russia for a certain foreign citizen should be issued by the employer only after the work permit was received. The exception is a Spanish citizen who has already received a card of an employee of a foreign representative office.

A company which is planning to hire a foreign citizen for a job in Russia should be responsible for the obtaining of his/her work visa. After arrival of an employee to Russia an employer should ensure that a foreign citizen is registered at the migration service and extends the visa on time.

The process of obtaining the documents required for a work visa can be rather long.
There are following stages:
●    An employer receives a work permit for a foreign citizen ;
●    An embassy issues a work visa for 90 days;
●    After arrival to Russia a citizen of Spain receives a registration at the migration service;
●    After that a work visa should be extended for a period of a work permit (this term can’t be more than 1 year);
●    Thereafter a foreigner should be registered at the migration service for the whole period of the work visa.

Get Work Visa to Russia for Spanish citizens

Spanish citizens may obtain Russian visa in these Consular centers of the Russian Federation:

Do Spanish need Visa to Russia?

Where to apply for a Russian visa in Spain?

You can obtain a visa to Russia in any of the Consulates of the Russian Federation located in Spain. See the list of Russian Consulates in Spain, along with their phone numbers and location indicated on this page below.

For this type of a visa an invitation is issued by the employees of a tourist company.

A tourist visa to Russia for Spanish citizens is given for the term of up to 30 calendar days.
Tweet