Visa to Russia from Denmark 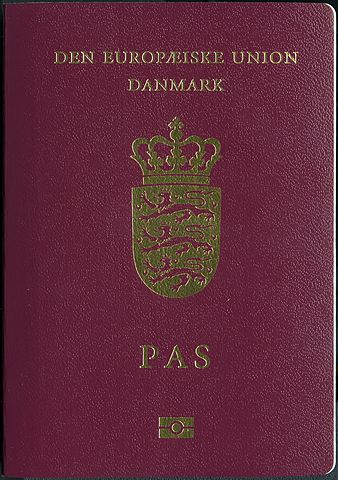 Those citizens of Denmark who want to get acquainted with the culture of Russia, its architecture, to visit historical places or museums may apply for a tourist visa. In order to receive a visa to Russia from Denmark in this case an invitation is issued by the tourist company which a foreign citizen applied to. Only those tourist companies which have their own reference-number can issue invitations to obtain visas. This type of invitation to visit Russia for Danish can be made within 1 working day.

There are no any special requirements for the outward appearance of such invitations. Though they must contain all necessary information about the tourist company, which invited a foreign citizen to Russia as well as all passport data of such a foreigner. Moreover it should be indicated in the invitation where the tourist is planning to live during his/her trip and which exactly cities he/she will visit, as well as the dates of arrival to and departure from Russia.

When applying for a tourist visa it should be noted that by the citizens of Denmark it is obtained for a period of not more than 30 days. It may be single or double entry.

Get a Tourist Invitation to Russia from Denmark

In order to obtain a private (guest) visa (in case a purpose of a trip to the Russian Federation is visiting of relatives or friends) a citizen of Denmark should present a guest invitation issued by a person located in Russia. For this purpose such a person in Russia has to apply to a local department of the Federal Migration Service (the FMS) at the place of his/her residence. If a foreign citizen was invited by a legal entity then its representative must issue the invitation, at the department of the FMS at the place such a legal entity was registered.

If a citizen of Denmark was brought to justice in Russia during his/her previous visits or was deported from the country the invitation for him/her would not be given (with indicating a reason for the refuse). The department of the FMS may refuse to issue the invitation even in case a foreign citizen has any unpaid fines.

Maximum period for which a private visa to Russia can be obtained is 90 days. The multiplicity of a visa may be equal to one or two.

Get of a Private (Visitor) Invitation to Russia for Danish citizens

To obtain a business visa may those citizens of Denmark who are planning to come to the Russian Federation in order to hold negotiations, sign agreements, participate in the conferences or seminars, to search for new partners. To obtain such a visa a citizen of Denmark should present at the Russian embassy a special invitation. The invitation can be issued only by a legal entity, which has been registered at the Federal Migration Service (the FMS) or the Department of the Consular Service at the Ministry for Foreign Affairs of the Russian Federation. The invitation can be issued as a telelex, on the FMS form or on the letterhead of the inviting company.

A telex invitation is a direct requirement from the Ministry for Foreign Affairs of the RF to a consulate of the Russian Federation. When issuing a telex invitation an inviting party has to name a certain number to a foreign citizen which the latter would quote at the embassy when applying for a visa.

The invitation on a special form of the FMS (a state standard form)  is issued by an authorized body upon receiving of the application from the inviting party. To issue such an invitation a certain time is required as the employees of this authorized body must check a foreign citizen on any unpaid fines on the territory of the Russian Federation, criminal records or deportations.

Maximum period a visa can be obtained for is 5 years.

If a Danish citizen has found a job in Russia, he/she needs to obtain a work visa in order to come to Russia. The invitation for this visa will be issued only in case the foreigner has obtained an official permission to work in the Russian Federation, has a special card of an employee of a foreign representative office or other similar document.

The process of obtaining a work visa is usually assisted by a company which employs a foreigner. This company must also take care that the foreign employee would be registered at the migration service.

The obtaining of a work visa by a foreign citizen consists of the following stages:

Get Work Visa to Russia for Danish citizens

Danish citizens may obtain Russian visa in these Consular centers of the Russian Federation:

Do Danish need Visa to Russia?

Where to apply for a Russian visa in Denmark?

You can obtain a visa to Russia in any of the Consulates of the Russian Federation located in Denmark. See the list of Russian Consulates in Denmark, along with their phone numbers and location indicated on this page below.

Only those tourist companies which have their own reference-number can issue invitations to obtain visas.

It is valid for a period of not more than 30 days.
Tweet