Gardens and parks in Irkutsk

Travelers, scientists, and everyone who visited Siberia for one reason or another, spoke highly and often enthusiastically of the natural conditions of Irkutsk. They noted that there is an abundance of sun here, a wonderful climate for health, and good soils. And, of course, everyone wrote with delight about the Siberian forests. All this gave Irkutsk the possibility of diversely planting its squares, gardens and streets.

Many have noticed that the forests and taiga adjacent to the city could be an excellent “nursery” that would be used during the casing of Irkutsk and other Siberian cities.

Unfortunately, at present, the state of the parks is assessed as unsatisfactory. In the coming years, the Mayor's Office plans to make a complete reconstruction of the gardens and parks of the capital of Priangarie due to the development of the city as an administrative center, historical settlement and tourist site.

Augustus Karlovich Thomson, a Latvian by birth, arrived in Irkutsk in 1908. He worked as a painter at the railway station. The son of a forester, he never left a dream of a garden in Siberia: he wrote out literature, studied the Siberian flora. Since childhood, working with trees, he understood that heat-loving saplings would die in a new place. If only we could combine the yield of cultivated varieties and the frost resistance of local wild plants!

The plot of land for the experiments did not get for a long time, so the first seedlings were grown in pots in the apartment. Finally, Thomson managed to buy a small plot, where by grafting cultivated varieties on local apple trees, by 1912 he had achieved fruiting of two plants.

In 1914, peasants of the Podgorodno-Zhilkinsky village rented out 10 hectares of inconvenience at the Novo-Innokentyevsky settlement to Augustus Karlovich for 10 years. There was a garden of dreams. By 1916, Thomson managed to acclimatize and achieve fruiting of several varieties of apple trees.

In 1921, Augustus Karlovich resigned from the depot and fully devoted himself to his beloved work. Saplings of poplars and acacias from his garden were used for landscaping the Avangard stadium, and a branch of the Tulun experimental station was organized in the garden itself. There were enthusiastic gardeners at the railway school number 38 (now number 67). Teachers P.I. Malinovsky, I.P. Alexandrov, M.P. Cherepanov organized cooperative "Enlightenment"on the waste ground next to the Thomson's garden, where students worked with teachers. After 10 years, it was a small state farm supplying railway LFS with products.

On August 21, 1927, more than fifty Irkutsk experimentalists gathered under the canopy of apple-covered trees in the Thomson's garden. Reports on the results and prospects of Siberian gardening were heard, and the first amateur gardeners’ society was organized. The dream of Augustus Karlovich, fulfilled by many years of tireless, ascetic work, came true. His garden became a unique botanical and breeding center.

The Kayskaya Grove is the only relict massif in Irkutsk, that is, forests that appeared without human participation. The predominant tree species are pine, larch, poplar, maple, bird cherry, birch, spruce. The grove is famous for its hand squirrels.

The deputies of the Duma of Irkutsk assigned the Kai grove the status of a specially protected natural area on December 1, 2011. On the territory of the grove is prohibited any economic activity, including the construction of housing and other buildings. The land on the territory of the Kai grove, which is already under construction, was not included in the specially protected zone; however, in the areas adjacent to the grove, the conditions of the buffer zone in the immediate vicinity of the protected object should be observed. 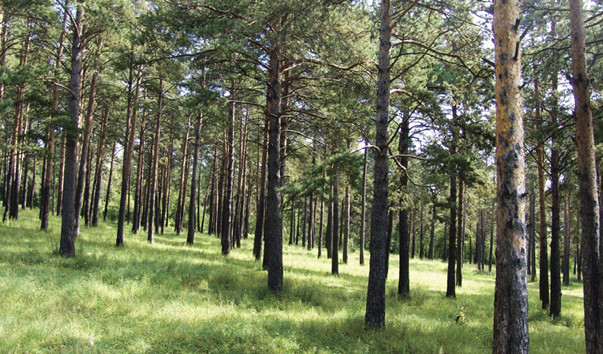 The Glazkovsky Necropolis is the rarest archaeological monument in Irkutsk, the only necropolis of the Upper Paleolithic era in the world, preserved in the center of a large city. The burials of two cultures, the Kitoi and Glazkov, are found here. It has been known since 1887. It is located in the Kayskaya mountain on the left bank of the Angara River. The main part is located in the park of the Paris Commune in the Sverdlovsk district of Irkutsk.

The Glazkovsky Necropolis is a complex of archaeological sites of different periods, the largest of which are the Cycllodrome (Lokomotiv) and Glazkovsky cemeteries. The latter occupied the northeastern part of the Kai Mountain on the territory of the modern Sverdlovsk District of Irkutsk.

The first researcher of the Glazkovsky necropolis was N.I. Vitkovsky, who in 1887 inspected the burials destroyed during the construction of the orphanage and unearthed one himself.

The main part of the cemetery was destroyed in 1897 during the construction of the railway. Despite the opposition of the construction administration, the material from the destroyed burials was collected by M.P. Ovchinnikov. In addition to the previously known finds from the Sukachev children's orphanage, he identified the sources of burials at the former Luna, Glazkov church and other places. In 1900–1902, 1904, 1908–1910, Ovchinnikov managed to dig up several graves. In 1915, burial was discovered higher up the mountain slope, at the site of the railway school. 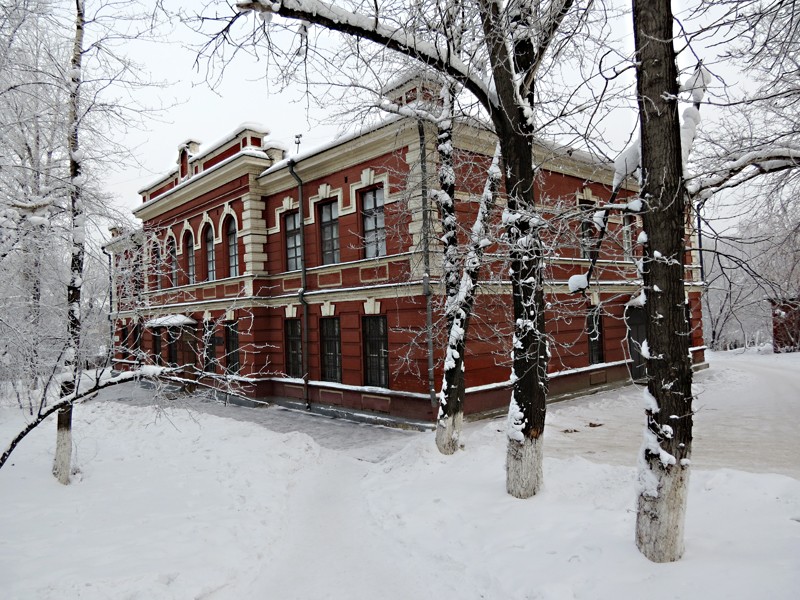 In the 1960s, a team of researchers began to form, scientific programs appeared. An important contribution to the development and study of collections were made by R.N.Ivanova, A.K.Vinter, Yu.S.Korzinnikov, G.M.Zarubin, M.A. Khilov, E.A. Sharenkova and others.

In the early 70s, the garden was transferred to the management of the economic part of the ISU; the staff of scientists was reduced. But thanks to the energetic work and support of the team, the director of the Garden, Mikhail Alekseevich Kurochkin, managed to preserve the main collections and save the garden from destruction.

In the 1980s, collections began to grow again thanks to the enthusiasm of the garden staff. The director was appointed Galina Petrovna Belovezhets, who improved the registration of collections and scientific work with dendroflora. In total, the botanical garden consisted of 1324 species, varieties and forms of plants. During these years, the Botanical Garden of ISU was recognized as one of the best in the Soviet Union. The park was created on February 13, 1986; it stretches for 470 km along the Baikal coast - from the village of Kultuk in the south to Cape Kocherikovskogo in the north. Its area is 417.3 thousand hectares - this is the longest national park in Russia.

The Pribaikalsky National Park preserves a unique flora and fauna, the largest collection of rare and endangered species of flora and fauna in the Irkutsk region. The landscapes of the park are varied and picturesque: these are the mountainous rocky steppes of the Olkhon region, inhabited by relic plants, sand dunes, saline Tajeran lakes, dark coniferous pine-fir forests, and tundra and pebble beaches on the coasts.

The territory of the Pribaikalsky National Park receives most of the domestic and foreign tourists coming to Baikal. The task of the national park is to preserve the unique nature of the Baikal region in the face of increasing recreational pressure. 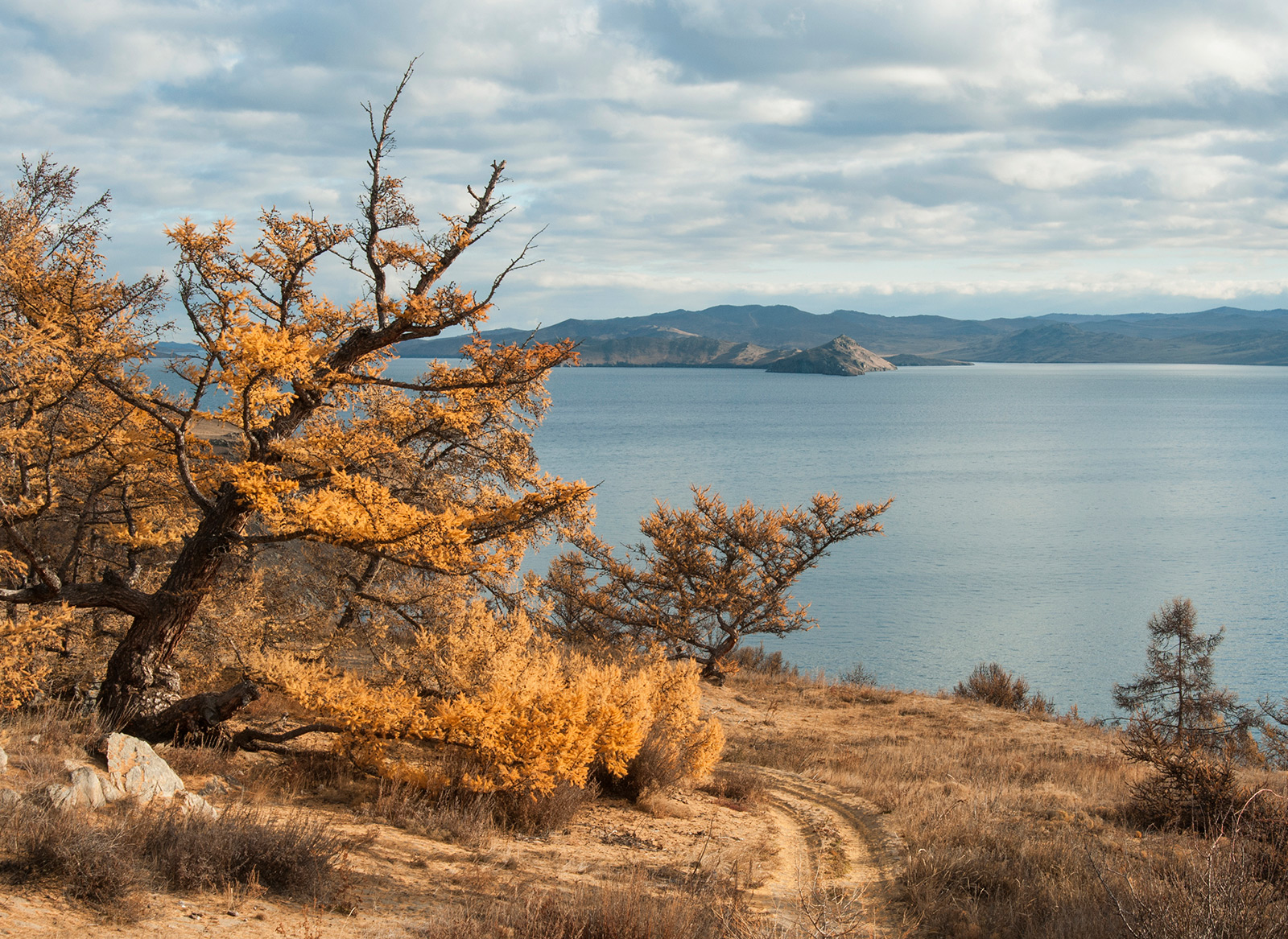